How Norwegian Prima Raises the Bar for Norwegian Cruise Line

This Norwegian Cruise Line’s first new build under the direction of Frank Del Rio is remarkably contemporary and upscale. He wanted it to mimic the high-end Oceania cruises and ultra-luxury Regent Seven Seas cruises, while providing the contemporary elements that appeal to traditional travelers willing to pay more for an elevated experience.

“The most beautiful ship we have ever built”

And Fincantieri is very proud of its first creation for NCL.

“This is the most beautiful ship we have ever built,” said Claudio Cisilino, SVP and Managing Director, Cruise Division, Fincantieri.

Norwegian Prima’s styling is different from NCL’s existing fleet, but all the iconic sights are there and Del Rio is thrilled with the “sum of all the parts”.

“New guests will be blown away”

“Their loyal passenger base will see a change, but a welcome change. New guests will be blown away,” predicted Yohandel Ruiz of Studio DADO, one of the ship’s leading design companies. With exciting architecture, greater space and “some of the biggest cabins at sea, it’s real luxury,” Ruiz said. “Guests will see the value.”

NCL President and CEO Harry Sommer named the Penrose Atrium as a favorite space. It’s remarkably quirky, with an asymmetrical design, “a place of discovery”, as Ruiz put it.

“From every deck there’s a different view, so every day you’re on the ship is a discovery…and you’re sailing by stars,” he said, pointing to the sparkling chandelier above his head.

“A ship for this new generation of travellers”

With the sculptural openings at different levels, “Even just walking down the stairs becomes very memorable,” Ruiz continued, adding that Prima is “a ship for this new generation of travelers, always on their phones, always trying to capture those moments.’

Another Sommer’s favorite is Indulge Food Hall, a new concept with 11 locations, including NCL’s first India-dedicated location with two tandoor ovens, Q Texas Smokehouse, a full-service Starbucks, a noodle shop from world and a food truck. housed in a real Airstream trailer.

Taking full advantage of the rounded design of the aft superstructure offering 270 degree views is Hudson’s, one of two main restaurants – so glamorous it looks like a specialty venue.

For the first time, NCL’s main restaurants will offer the same menu every day, but there will be plenty of variety – for example, diners can choose from 24 pastas and sauces – and premium seafood and steaks .

Cort explained that many passengers frequent specialty restaurants, so there’s no need to change the restaurant’s main menu every day, allowing chefs to become experts in the dishes.

NCL Cagney’s signature restaurant has a completely different look from the past. It eschews the masculine leathers and dark woods typical of the steak house and is instead light, with pops of color from chartreuse chairs. Studio DADO looked to American masters like Frank Lloyd Wright and Mies Van Der Rohe as inspiration for the sleek and sophisticated design.

The iconic French venue Le Bistro is also radically different. “We wanted to take the guest to Paris,” Ruiz said, so Studio DADO brought up Versailles and its crystal chandeliers. 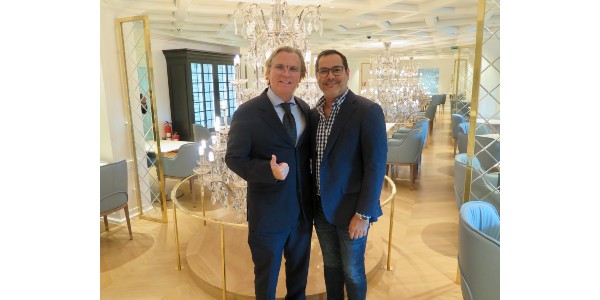 “Why stop at one? Why not three? he said. And, in a jiffy, they are lowered to floor height. Austrian supplier Kalmar had to custom design them so that the individual crystals would not vibrate. Continuing the Versailles ambiance, the walls of the Bistro banquettes are covered in gold leaf. 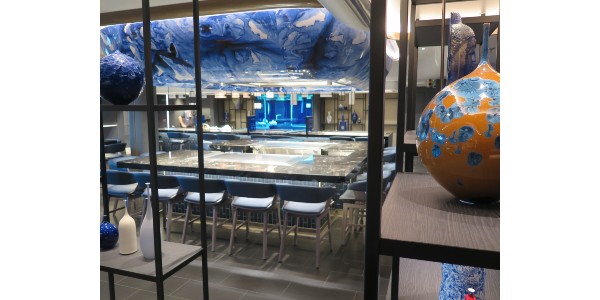 “We’ve upped our game in every aspect,” said Mark Kansley, senior vice president of hotel operations. NCL invests $100 million a year to improve food and add more staff to bars and restaurants. Prima’s crew to guest ratio is the highest in the fleet.

The 752-seat Prima Theatre, designed by Rockwell Group, spans four levels – one rising behind the stage where there are 16 power tracks for the set.

“It allows us to create those Broadway productions that Norwegian Cruise Line is known for,” said Richard Ambrose, SVP Entertainment. (Norwegian Prima’s headliner will be “The Donna Summer Musical.”) When Broadway creators see a theater like this, he added, “Their mind explodes with possibilities. » 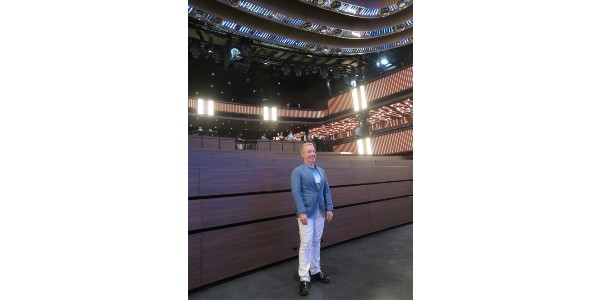 The really dramatic aspect is that the theater seats can be retracted, creating a giant dance floor. And what Ambrose dubbed “the spaceship,” a 60-ton chandelier in four concentric rings, can be lowered, ring by ring or all at once, for dazzling effects.

“It’s an honest-to-God nightclub… It’s not Studio 54, but that’s what we’re trying to emulate,” Ambrose enthused. The entertainment can go from a stage production directly to a dance party.

Cruise ship theaters usually remain empty for most of the day. This one “will run 24/7,” Ambrose said, with events including life-size game shows like “The Price Is Right” and “Supermarket Sweep” and giveaways like cars and gifts. refrigerators.

For the first time, the 107 suites and public spaces of this luxurious “ship within a ship” are united and occupy eight decks aft with private elevator access. Every public space offers colossal views. The Haven Sun Deck’s infinity pool overlooks the wake and features an outdoor spa with a glass-walled sauna and cold room.

Designed by eminent Italian architect Piero Lissoni, The Haven is also a dynamic space. For example, the restaurant can transition from a “sun-splashed” breakfast spot to an elegant dinner venue. “The idea is to surprise the guest,” said Giorgio Pappas of the Lissoni studio. 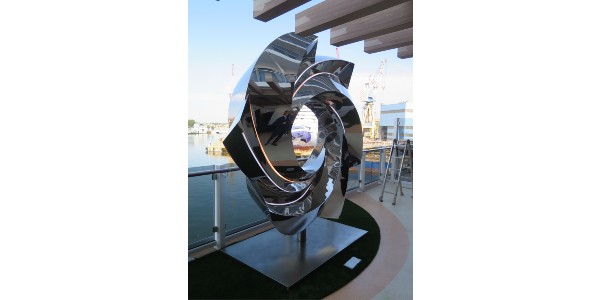 The largest canvas is the hull art of Italian Manuel Di Rita, known as “Peeta”. And the Concourse, a new outdoor sculpture garden on Ocean Boulevard, features large installations by Alexander Krivosheiw with special lighting and interactive elements.

Prima’s accommodations are NCL’s most spacious and designed to feel “friendly”, not industrial, said Ruiz of Studio DADO. Small details like the elimination of the bed skirt make the rooms feel bigger and the bathroom door swings in the middle to give more space.

Lighting levels can be adjusted and even headboards are decorated with artwork.

Claus Jensen, co-founder and CEO of Copenhagen-based MyCruise, likes NCL’s Breakaway Class, but said Norwegian Prima takes it to the “next level”. You see the details. They invested more in materials. You are constantly surprised.

When Harry Sommer first announced Norwegian Prima, he predicted it would “hold up well to Celebrity Cruises”.

“Absolutely,” it competes with Celebrity ships, according to Jensen. He added: “It’s a good choice for families who want a premium product or adults who want more activities and entertainment. It’s like Celebrity but more fun.

North Dakota emits all clear in fear of rabies